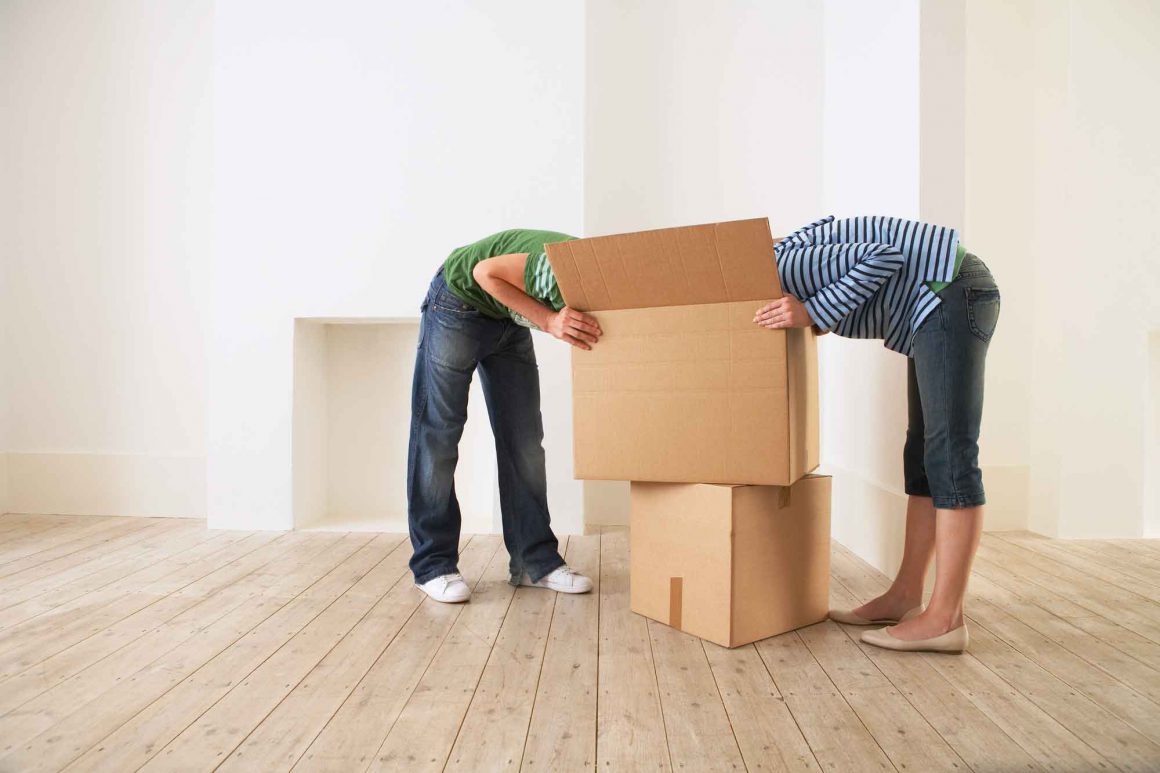 Lots of absolute toss is written about the first home buyer in Australia.

And the commentary varies in the extreme – from how active they are; to how lazy they seem and that they want everything on a silver platter.

And now the Federal government has unveiled their scheme to help up to 10,000 first home buyers on low and middle incomes enter the market each year from January 2020.

I reckon the following 2 charts and table sum up the real state of play when it comes to buying your first home down under. 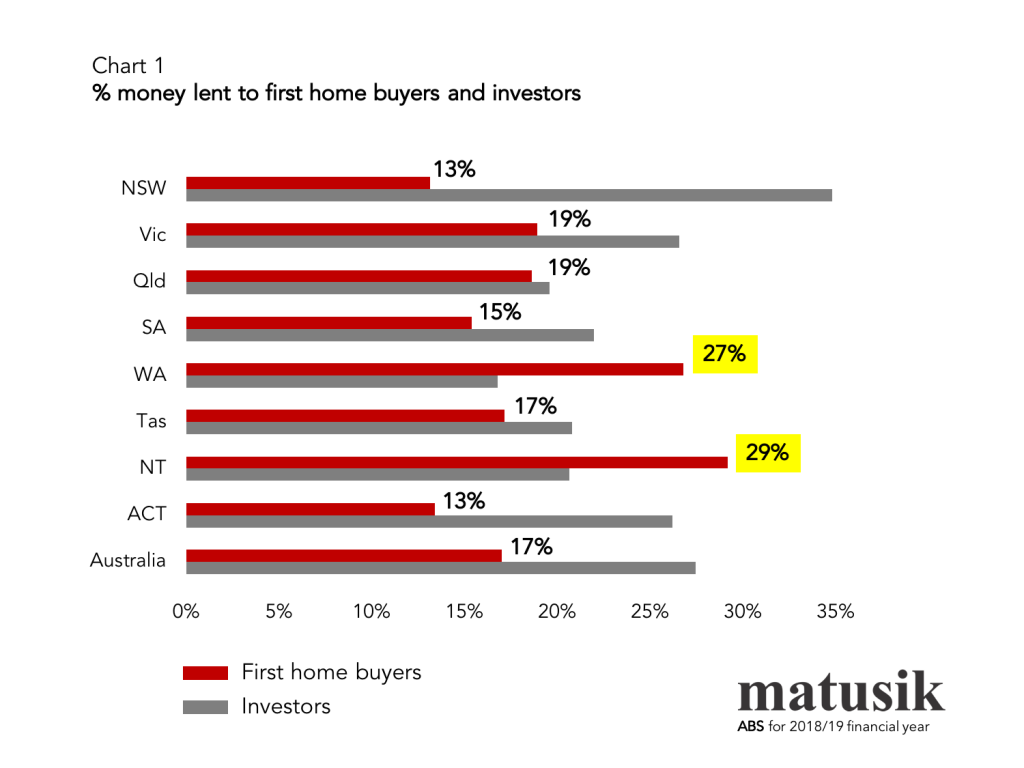 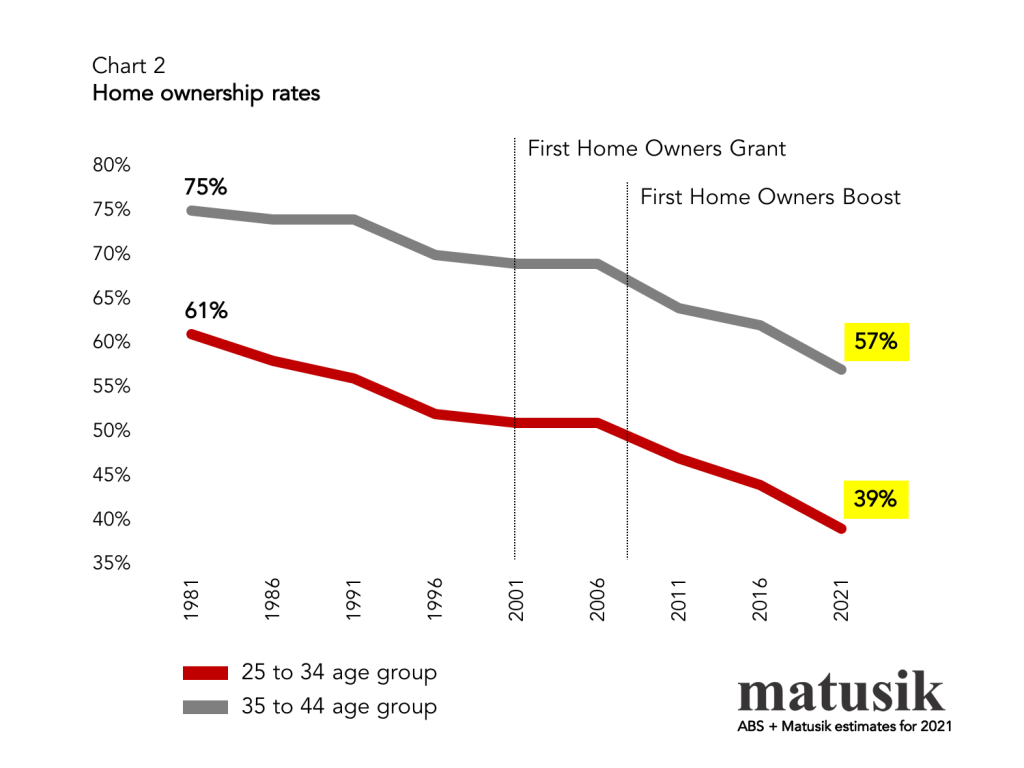 These charts and table are something we shouldn’t be proud of.

In most places, today, more money is lent to investors than first home owners.

Western Australia and Northern Territory are the two current exceptions.

When I started in this business it was rare that investment loan totals exceeded that lent to first home buyers. Something is wrong here if you ask me.

The FHOG and FHOB was great politics but terrible house policy.

Ditto to the current proposed scheme.

They inflate prices, distort the building cycle and have helped reduce – dramatically – the proportion of first home buyers.

Many young adults are now stuck at home.  Burdens all round.

For the most part, we will leave our children (and probably our grandchildren too) worse off, economically, than we are.

We are the first generation, in over 200 years in this country, to achieve such a feat.

Little wonder why they the younger generation are starting protest?

1. Between 50% and 60% of the money borrowed to buy housing in Australia is lent to second or subsequent owner residents. How the remaining monies – when excluding refinancing – is distributed between first home buyers and investors has changed dramatically over the last three decades.
Investors these days get the lion’s share.  Revisit chart 1.

2. Over the last 25 years some 110,000 households – on average across Australia each year – bought their first home each year.  Revisit chart 2.

3. In recent years there have been 4 investment loans to 1 first home buyer mortgage.
Given that some investors do not borrow to invest, this ratio is likely to be closer to 5 or 6 to 1. In the decade prior to the halving of capital gains tax in 2000, the ratio of investment mortgages to first home buyer loans was 2 to 1. And this relationship was largely 1 to 1 through the 1950s to late 1980s.

4. As a proportion of the 25 to 34 age household segment the first home buyer activity shown in chart 2 varied between 7% and 15% depending size of that segment and number of first home loans over the last 25 years.

7. So, when investors pulled out of the market like they did during the GFC and in more recent years, the banks filled the void, illustrating that loans to first home buyers can be done, it is just that, in my simple mind, investors crowd them out.

Forget the official definition of a recession, a large portion of Australia is already in an ‘income recession’ and many more are about to enter one.

However, whilst the intention is to help boost employment, in reality, rate cuts incentivise businesses to invest in technology that displaces jobs.

As revenues fall, businesses are forced to find cost effective solutions and better use of technology is high up on the list, especially when tax rebates apply.

Taking a wider view, one of the major reasons why interest rates are low globally is because jobs are being displaced by automation, robotics, digitalisation and the internet of things.

And so, we are stuck in a vicious circle, where central banks cut rates, further incentivising investment in technology that displaces jobs, forcing central banks to cut rates further.

Of course, rate cuts also help lift the price of real estate which benefits those who already own assets but does nothing for those without such assets.  And so, rate cuts widen the inequality gap and really do hurt first home buyers.

The federal government’s planned first home deposit scheme, which starts in January next year and is income dependent plus capped at certain price points depending on location, will do little to really assist first home buyers.

In most part, house prices will rise beyond their capacity to borrow.

And besides all these schemes do is bring the activity forward – revisit chart 2one last time – and hence distort the normal building/property cycle.

Below are some things worth thinking about.

1. Get the ratio of first home loans to investment loans back to where it was in the early 1990s.
This can be done by a carrot or a stick.

The carrot is incentivising financiers to do more business with first home buyers.

The stick is to place a brake on investment loans.

2. We need to build more homes but the right type of homes.

We need to encourage more appropriate dwelling forms across the country and especially in our middle ring suburbs.

3. Provide substantial tax cuts for those on lower to middle incomes.

These earners spend a high proportion of their income and cutting their tax rates increases the flow of money through the economy.

Dropping interest rates, given the current circumstances, is having the opposite effect.

Such initiatives are more immediate, more equitable in terms of benefits and employs more people than the typical big white elephant road or rail project.

If these cats cannot forecast and plan out the year ahead then let’s employ someone that can. We need fewer distractions, more focus and certainty.