More than a million people have now died of COVID-19 – the disease caused by the coronavirus SARS-CoV-2 – in the nine months since the first cases were reported in China.

The UN Secretary-General Antonio Guterres has called it an “agonizing milestone” – and Reuters calculated it equated to one person dying every 16 seconds. 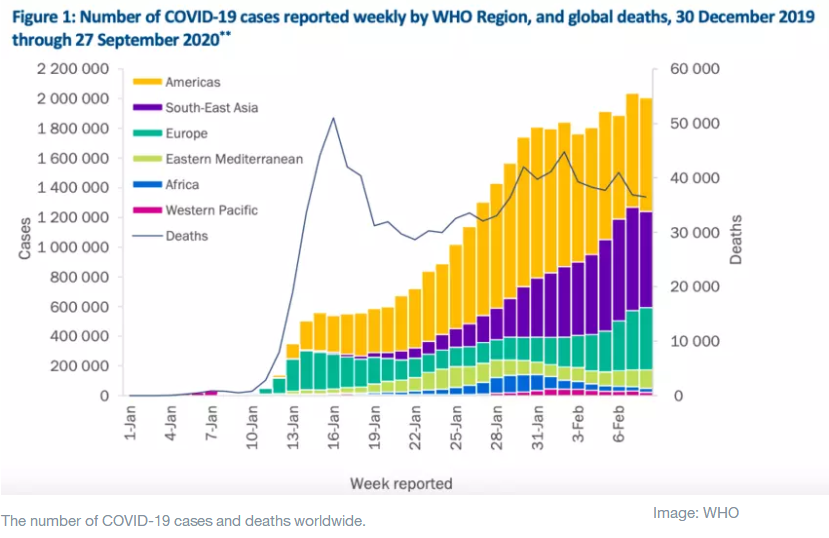 The number of deaths from COVID-19 has passed one million in almost nine months.
The WHO has warned that could double if countries don’t take greater action to tackle the pandemic.
56 million people died in 2017, with cardiovascular disease the leading cause of death globally.

As the above chart shows, the global number of deaths being reported weekly to the World Health Organization (WHO) is trending downward from a spike in January, even though cases are still rising.

But he also warned the death toll could “sadly very likely” double to two million unless governments “do what it takes to avoid that number”.

The true death toll may be higher because cases and deaths are recorded differently in each country and testing is happening sporadically in some regions.

What kills the most people each year?

It’s hard to know exactly how deadly COVID-19 is due to lack of accurate data. Case-fatality ratios have been crudely calculated as anything from less than 0.1% to over 25% between countries, according to the WHO.

However, you are still much more likely to die from non-communicable diseases – those that are not transmitted between people. 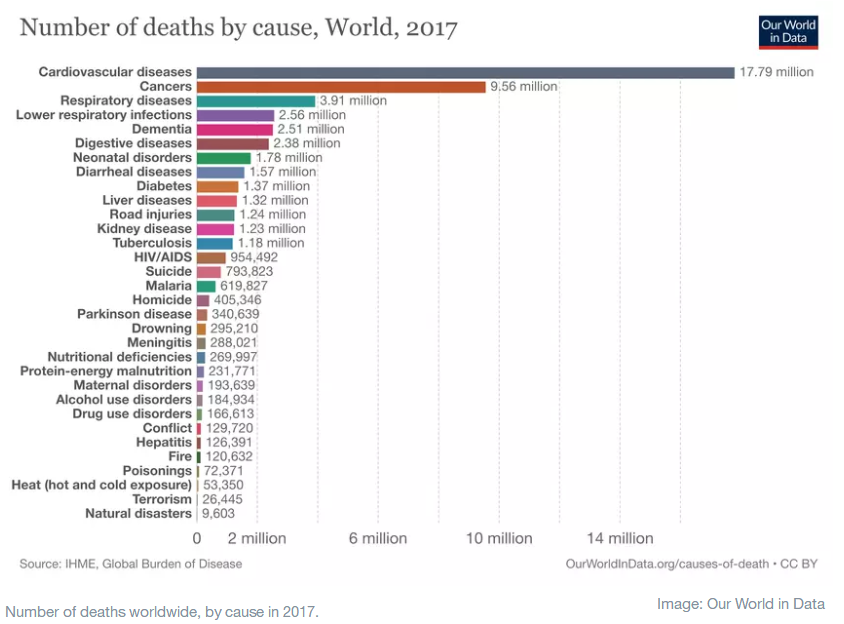 The biggest killer by far was cardiovascular disease (CVD) – responsible for more than 17 million deaths, or around a third of all deaths that year.

Of those deaths, 85% were due to heart attack and stroke, and three-quarters were in low and middle-income countries, according to the WHO.

Cancers killed more than 9.5 million people, or around one in six people, making it the second leading cause of death in the world. The WHO says around 70% of those who die of cancer are in low to middle-income countries.

The third leading cause of death globally is the group of respiratory diseases, including chronic obstructive pulmonary disease (COPD), asthma, occupational lung diseases and pulmonary hypertension, which together are responsible for more than three million deaths.

Road traffic accidents still kill more than a million people each year, costing most countries 3% of their GDP and are the leading cause of death for children and young adults aged five to 29, says the WHO. 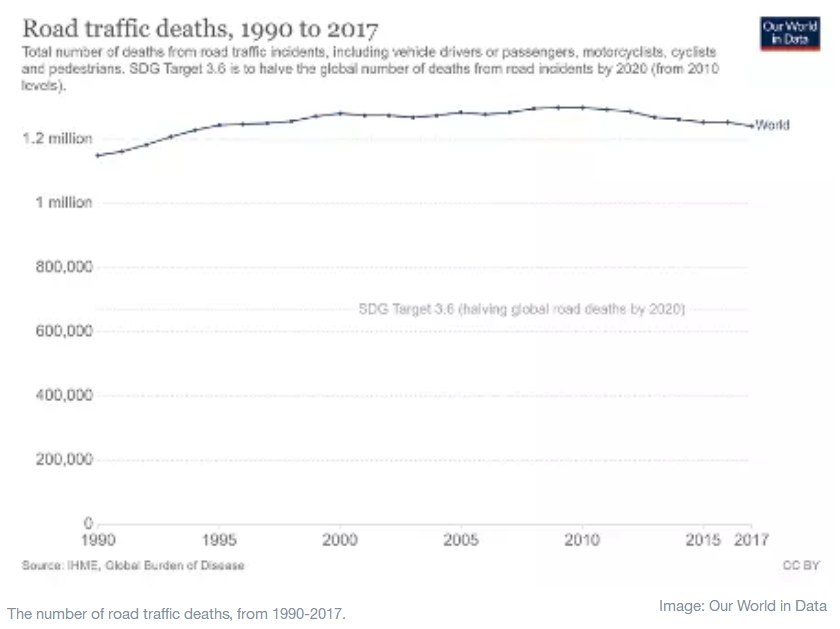 Causes of death vary over time and space

Globally, in the 16 years between 2000 and 2016, the group classed as communicable, maternal, neonatal and nutritional conditions – including HIV/Aids, diarrhoeal diseases and preterm birth complications – caused fewer deaths, with some dropping out of the top 10 altogether, according to the WHO.

This coincides with global efforts to fight infectious diseases and other causes in this group – such as the WHO’s 2012 Born Too Soon report with antenatal guidelines to reduce the risk of preterm birth. 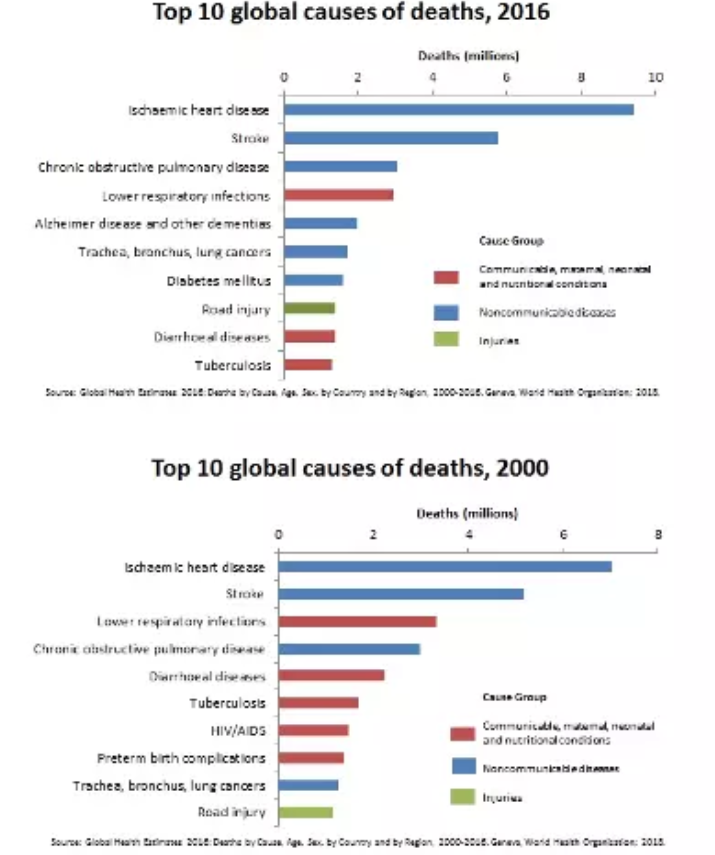 But, our ability to prevent other diseases and causes of death has been put under strain by the enormous pressure COVID-19 has put on the world’s health systems.

In one example, the charity Cancer Research UK estimated in June that two million patients were waiting for cancer treatments, tests and screening.

The Lancet estimated a 7.9 to 9.6% increase in breast cancer deaths up to five years after diagnosis, compared with pre-pandemic figures, while the figure for colorectal cancer was a 15.3-16.6% increase.

The pandemic has also set back progress on eradicating infectious diseases, as it has disrupted immunization programmes in at least 68 countries since March.

Around 80 million children under the age of one are thought to be at greater risk of diseases such as measles.