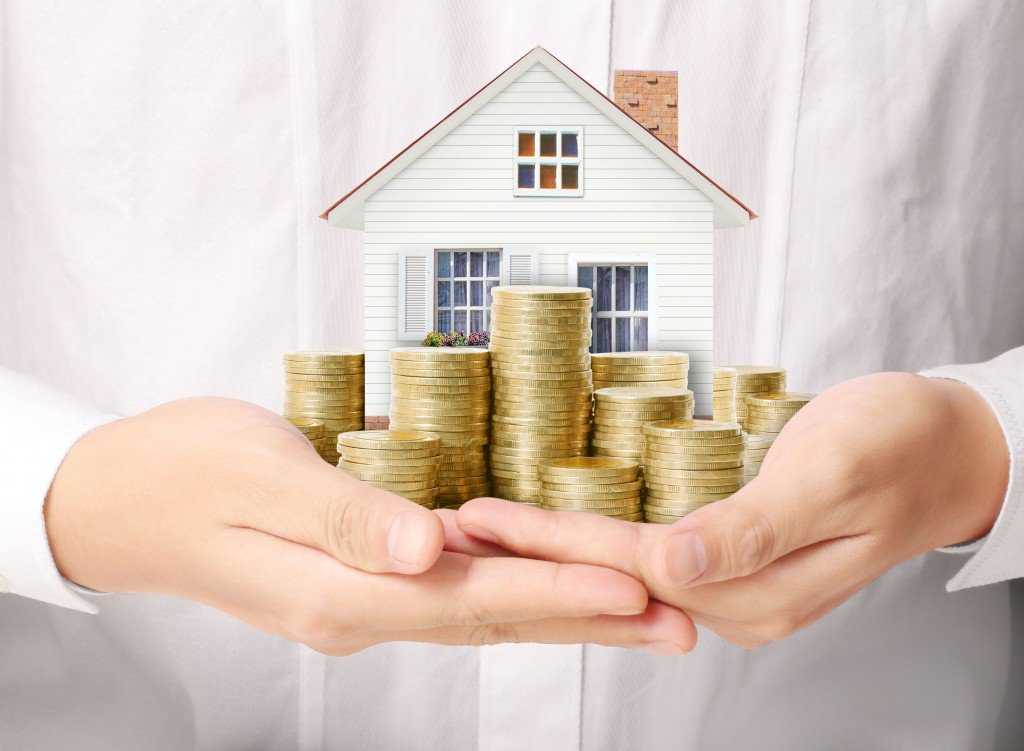 Most of us have heard about the concept of compound growth, the snowballing effect caused by growth upon growth.

You know the kind of thing:

– If you could fold a piece of paper 42 times it would reach the moon; or 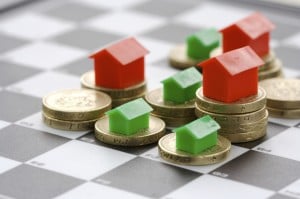 –  24 rabbits in Australia became 2 million in only a decade; or

– Put a grain of rice on the first square of a chess board, and two grains on the second square, four on the third…all of the rice in India wouldn’t be enough to cover you off for the final square; or

– Lily pads take ages to cover the first bit of a pond, then the last bit they cover really quickly…or something like that.

These anecdotes tend to be mildly interesting but not particularly useful in a practical sense.

What does all this mean for an investment portfolio?

It means time is very much the friend of the efficient buy-and-hold investment:

In this case $100,000 invested at the age of 25 at 10% per annum compounded is seen to be worth a staggering $5.5 million by the retirement date – even without any extra funds invested.

It’s this simple concept which allowed folk like Warren Buffett to become a billionaire so many times over. 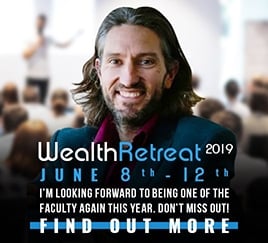 There are a few things to note about compounding that don’t appear at first glance to make any logical sense.

One is that is where you build a portfolio which doubles in value fairly consistently, the increase in value of the portfolio at each interval totals more than all previous gains.

For example, in the example below where the portfolio doubles in value every seven years through recording gains of a shade over 10% per annum, in the seven year period between year 35 and year 42 the portfolio gain of $3.2m exceeds the gains of all of the previous 35 years ($3.1m).

Watching how the gains can accelerate when left to grow unimpeded by capital gains taxes and transaction costs should draw investors to two logical conclusions:

(2) investing in assets which you never have to sell can be very appealing.

-an index fund; or

-a Listed Investment Company (LIC) with a low management expense ratio which invests in more than 100 profitable and dividend-paying industrial companies; or

-a well-located house in a capital city that has rapid and sustainable population growth.

I’m not sure there is much value in adding another numerical example here, only to note that often an investor who starts earlier achieves a far better end result than one who starts later.

Even if the late-starter invests more capital per annum, it is very difficult to ‘play catch-up’ simply because of the accelerating power of compounding growth.

As you can see, therefore, building wealth is ultimately only reliant upon three things:

(i) having some capital to invest;

(ii) the ability to command satisfactory returns consistently; and

(iii) time to allow the portfolio to compound.

Note that it’s not necessarily really down to exceptional asset selection – shares in a handful of great companies and a few low-cost industrial LICs might easily do the trick.

It’s much more about patience, time and understanding how wealth is created through compounding returns.

OK, so some practical ideas:

(i) Starting small is OK

If there is one thing that the above concepts tell us is that’s it is better to invest something rather than nothing.

Investing small amounts regularly works over time because of the compounding effect.

However, if you are going to start small do be aware of the impact of transaction costs, such as brokerage or fund management fees, and invest efficiently wherever possible.

Have you ever heard anyone say: “Money in my pocket or in my bank account just seems to disappear?”.

In fact, I’ve probably even said it myself at one time or another.

It’s a truism of personal finance that simply attempting to pile money up in a bank account doesn’t often work very effectively over the long term.

Partly this is because you must pay tax on the interest and price inflation eats away at the value of the balance.

Moreover, it’s also because sooner or later that balance of money tends to get spent.

How can you set up a means of forced saving?

A standing order or a direct debit into a specified investment account?

(iii) You don’t miss what you’ve never had

You don’t miss what you’ve never had – another truism, and one which suggests to me that the more automated your system is for investing (e.g. standing order from your pay cheque) the greater the likelihood of your success.

Sometimes you might hear the bean-counters, of which I am one myself, say that you shouldn’t reinvest dividends because this can lead to an accounting headache when capital gains taxes fall due some time down the track.

I’ve heard similar arguments in favour of not using a line of credit against your home to reinvest in further investments because the accounting entries can “get a bit tricky”.

In fact, from a value investor’s perspective there actually are some sound logical arguments in favour of not reinvesting dividends at certain points in the share market cycle, particularly when share market indices and PE ratios are significantly over-valued.

However, believe it or not, engaging a lazy professional who can’t be bothered to run a simple spreadsheet to keep track of a few accounting entries is not a solid argument against reinvestment.

As a general rule, reinvestment during the growth phase of your investment portfolio can be an efficient way to grow and compound your wealth.

Just as importantly, reinvestment of your gains makes use of the underlying principles of all of the first three tips listed above: small amounts make a big difference, reinvestment is another form of forced saving and you don’t miss what you’ve never had.

Unfortunate, but true. Most of us begrudgingly pay our electricity bills more or less when they fall due, but equally, most people just aren’t very good at saving dollars every month…at least, not over the long term.

Many of us might be able to build up a decent balance over the course of a financial year through spending less than we earn, but it’s also deceptively easy to spend the balance on a car or a holiday when that time of year rolls around again.

This is really just another point in favour of setting up an automated investment strategy.

In the real world, the cornerstone of personal finances for most people in countries like Australia or Great Britain, where home ownership rates are high, is the family home or place of residence.

In other words, the majority of people are in one of these categories:

(a) living mortgage-free in a home;

(b) paying down the mortgage on a home; or

(c) saving a deposit for a home.

The practical tips detailed above suggest that regardless of which category you are in, having a forced saving or investment strategy is a sound idea.

If you are in the fortunate position of being in category (a), it might be useful to continue making payments as though you still do have a mortgage into a separately allocated investment account.

After all, you have already proven that you can spare that amount per month!

You might also consider using some of the equity in your home to borrow to invest in a sensible manner.

Using gearing to invest is a powerful means of accelerating returns, but should only ever be done moderately and sensibly, and obviously individual circumstances and risk appetites differ so consult a financial advisor where appropriate.

(b) paying off a mortgage

Think back again to the practical points listed above.

Can you accelerate repayments on your mortgage debt? Can you make repayments fortnightly instead of monthly?

Mortgage debt does not get treated so favourably for tax purposes in Australia or the UK, so paying down the mortgage more quickly is a strategy that works well for many.

(c) not a homeowner

If you live in a big capital city, it’s likely that we’ll see more people over time in this category, which leads to a decision to be made as to whether you even aim for home ownership at all in the first instance.

Although admittedly my wife and I have lived in some of our properties over the years, generally I’ve been a renter because I realised I could accelerate my returns much faster by renting a smaller property and hammering the investments while I was younger. 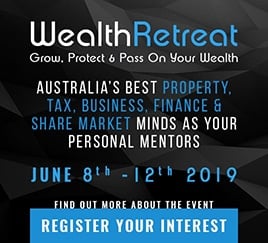 This strategy can definitely work miracles if you are able to adhere to the principles of forced saving and reinvesting gains.

However, you should caution against listening too much to those advising you to sit back casually and wait for an inevitable property correction.

In cities like London and Sydney, that has generally over time turned out to be poor advice.

It’s far better to be proactive rather than reactive, whether your goal is home ownership or not.

There’s no one size fits all when it comes to personal finance, but obviously if you’re not planning to be a homeowner, you’d want to avoid spending the remainder of your income, so implementing an automated saving and investment strategy is likely to be a great idea.