The projected end of the COVID-19 pandemic boost sentiment in Victoria that is projected to deliver 8 -12 per cent capital growth in 2021. 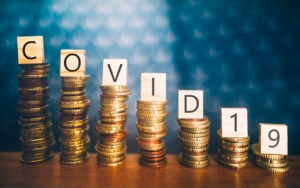 The most important developments since our August report have been VIC’s outstanding success in almost eliminating COVID-19 and consequently the significant unwinding of restrictions across VIC and the reopening of the VICNSW border.

As projected, the second wave of COVID-19 has had a major immediate impact.

However, following the end of the pandemic, the Melbourne market has similar projections to Sydney, with a chronic undersupply driving land values higher, yet unit oversupply increasing both equity and serviceability risk.

The landscape of the housing market in VIC has shifted rapidly, particularly in the past month, from a buyer’s market to a seller’s one.

Only three months ago home buyers in Melbourne were in solid position to leverage on the market conditions then, with very low volumes and low auction clearance rates.

This is, however, no longer the case, with a sharp increase in buyer sentiment and auction clearance rates.

Melbourne, once again, is presenting a similar trend to Sydney, with price growth projections in the range of 8-12 per cent in 2021.

However, investors who buy rental apartments in high supply areas are still taking a high risk with both equity and cashflow risk materially increasing, particularly in inner Melbourne.

The VIC market, jointly with NSW the most volatile market in recent years, is likely to experience strong price increases in the range of 8-12 per cent in 2021 due to a combination of events that have changed the landscape of the property market.

The Westpac-Melbourne Institute Index in relation to House Price Expectations surged sharply in the past three months by 50.3 per cent.

It should be noted, however, that a clear distinction should be made between houses and units in Melbourne, where the average preliminary clearance rates for houses during the past 4 weeks was 76.6 per cent, well above units with 63.7 per cent.

These are strong indicators regarding the rebounding of the housing market.

Clearance rates in Melbourne are likely to remain high and similar to pre-pandemic levels.

For owner-occupiers with interest-only loans, ultra-low interest rates make it typically cheaper to buy than to rent from a cashflow perspective in almost all areas of Melbourne (Inner East area excepted).

These factors, combined with the proposed changes to responsible lending obligations, have resulted in a materially increased demand for detached houses.

The inherent risks of these two dwelling types, that represent different buyer cohorts, are now being realised, with rental apartments carrying a materially higher risk than houses. 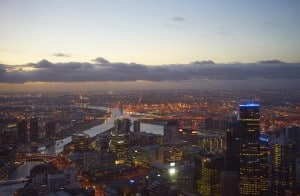 In addition, it is highly likely that investor activity will increase sharply as houses are a preferred investment alternative and generally carry materially lower level of risk than rental apartments.

With only a low availability of stock of quality assets in popular areas (such as inner Melbourne, Inner East and Inner South), increasing demand has been reflected by increasingly robust auction clearance rates, double-digit growth is likely for houses in Melbourne and the surrounding areas in 2021.

Therefore, new highs for housing prices in Sydney are again on the horizon.

Due to low population growth, some greenfield areas carry a higher level of risk in the short term due to high supply.

A prime example of this is Melbourne – West with an addition of 18,088 houses in the next 24 months, being 8.5 per cent of the current stock.

However, while the short-term risk is elevated, over the medium to long term no dramatic price reductions are expected and houses still present a lower level of risk than that associated with high-rise units.

As with Sydney, a clear distinction should be made between family-suitable apartments and units in popular areas with limited supply of units, to areas with a high supply of rental properties.

Family-suitable apartments that are an affordable alternative to houses in the highly sought-after areas of Melbourne, such as the Inner East and the Inner South, are likely to enjoy good demand from home buyers and solid price increases.

However, rental units in high supply areas, present a higher level of risk. 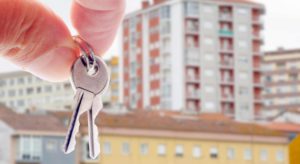 Irrespective of COVID-19, many areas with oversupply have been labelled ‘danger zones’ and have low sales volumes.

For these areas, the unit market will become less attractive than houses.

The risk of oversupply has become a reality in Melbourne CBD. 15.4 per cent of rental apartments were sold at a loss during the June quarter.

While buyer sentiment has improved substantially, the realisation of risks associated with high supply areas including price movements, and now high vacancy rates, make these properties, that are generally bought by investors, a high-risk endeavour.

The risks associated with these areas is likely to be mitigated over time with increased population.

Vacancy rates have noticeably increased in some areas, such as inner Melbourne, with vacancy rates exceeding the 10 per cent mark.

This increases the serviceability risk, particularly for highly leveraged investors relying on rental income and taxation planning to service their mortgage payments.

Mortgage arrears in those high-supply areas should be closely monitored.