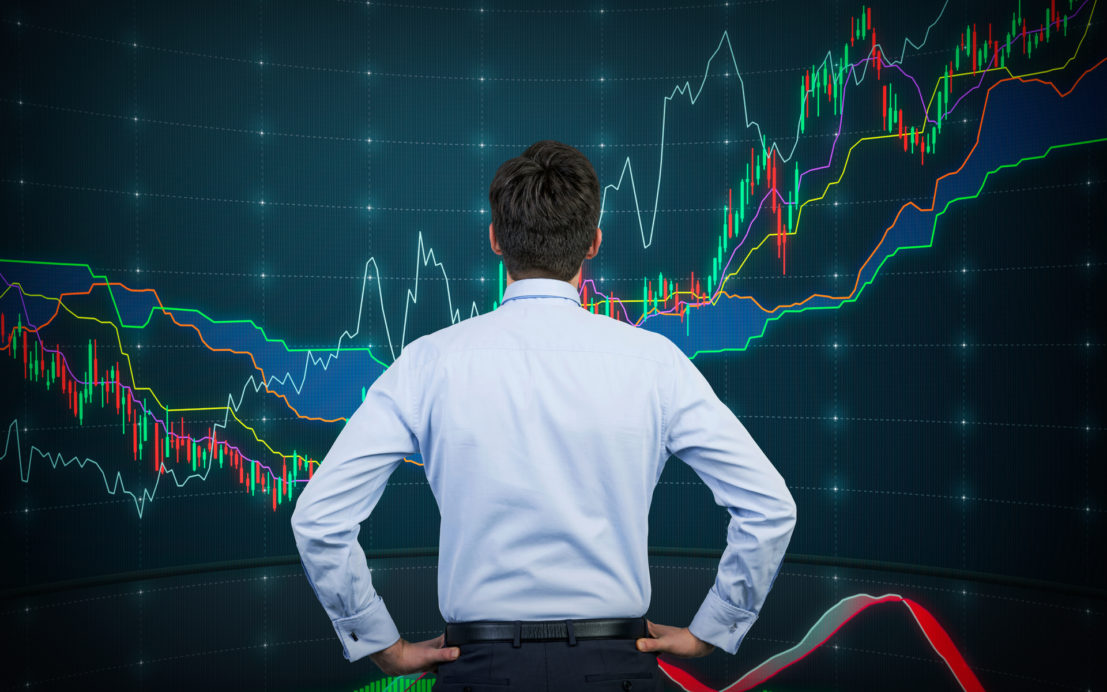 How bad will our recession be?

Maybe not as bad as many are suggesting.

Freelance economist and journalist raised and articulated some very interesting points in a Twitter thread recently, especially with regards to luxury goods and items expenditure.

Firstly, he noted, Treasurer Frydenberg has unleashed an enormous and unprecedented fiscal stimulus, to complement the Reserve Bank’s five interest rate cuts and A$50 billion in government bond purchases.

In aggregate, this will more than offset the drop in wages paid this year, and we do know that there’s been a savings glut among many of those better off Aussie who haven’t lost their jobs. Secondly, noted Murphy, luxury car sales jumped to multi-year highs over the past month, with Mercedes sales soaring to an all-time high. 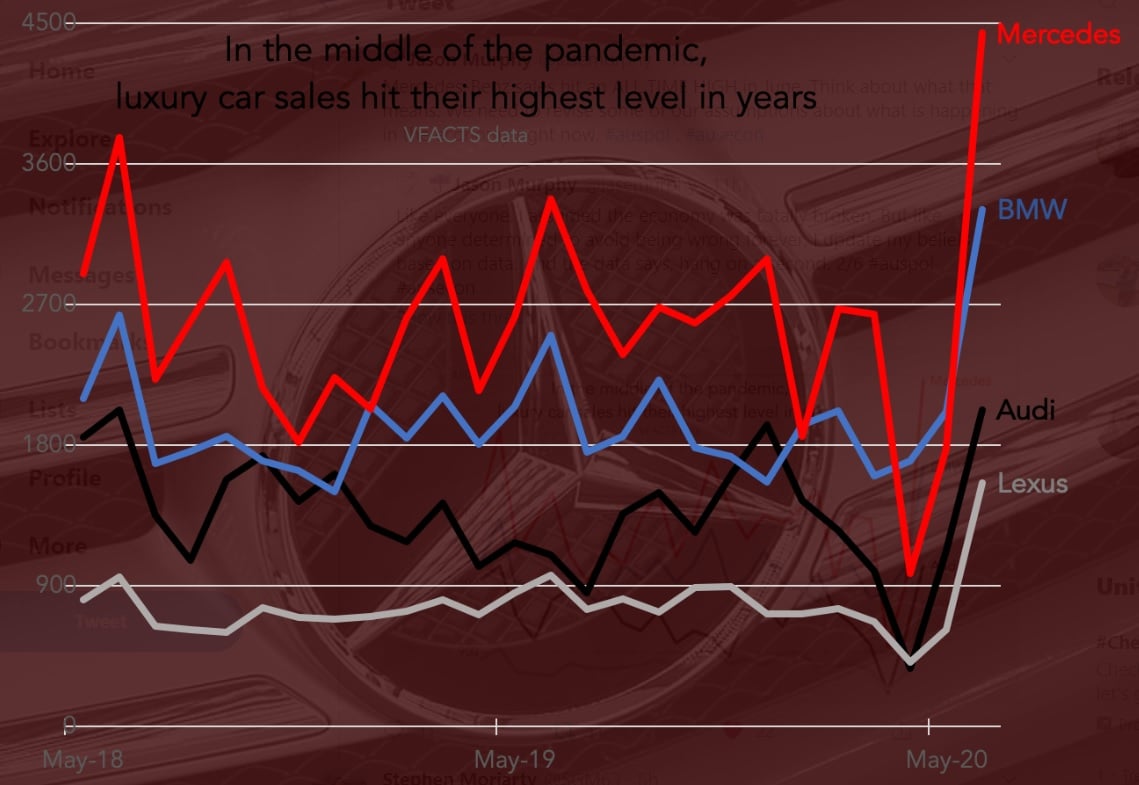 And thirdly, the international border closure is set to keep an additional $18 billion of spending at home.

This is a tricky thing to measure, but we do know that since 2008 there have been more short-term departures from Australia than visitors to these shores, as Aussies increasingly enjoyed the stronger dollar and their new-found wealth from the resources boom. 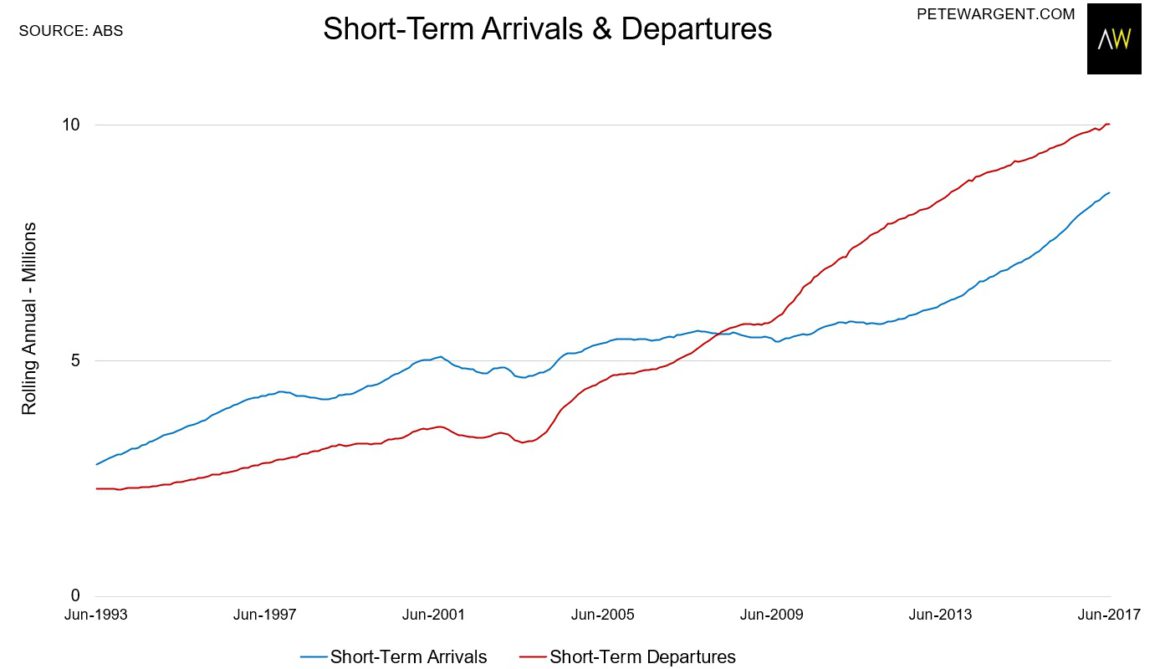 Indeed, the monthly tourism trade surplus has ripped higher by about $1.5 billion since March, so extrapolating that out over a year does get you to about $18 billion. 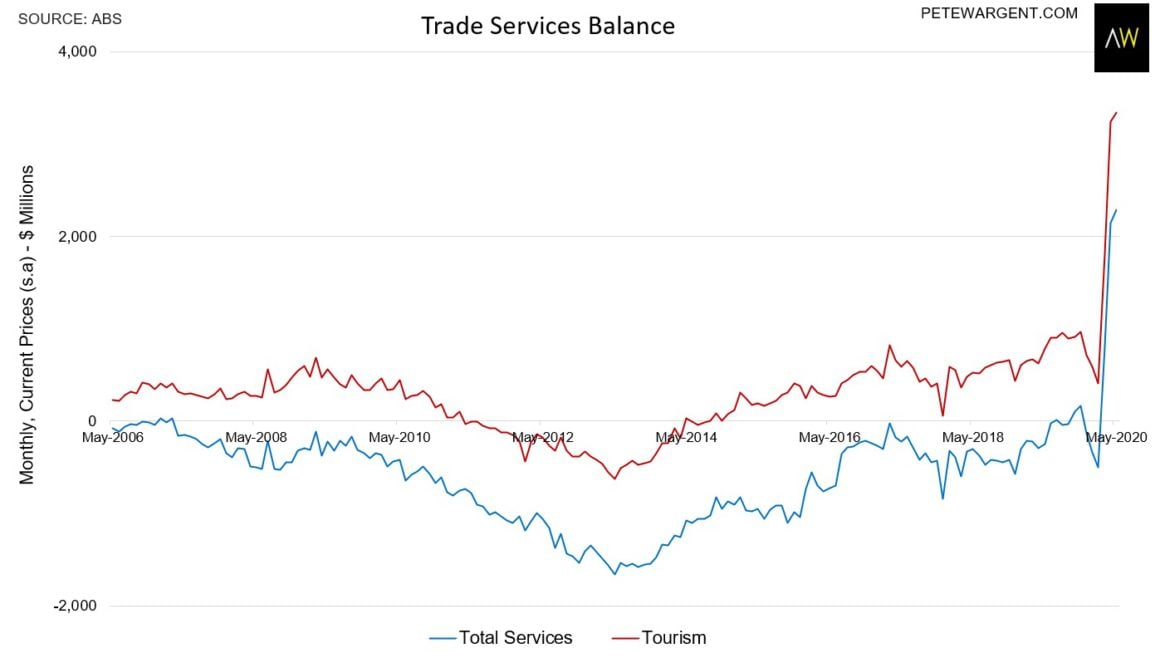 Not all of this money will be spent on travel and tourism services, but most of it will ultimately be spent somewhere.

Some, for example, will find its way into premium housing…

And other funds will be directed to coastal property… 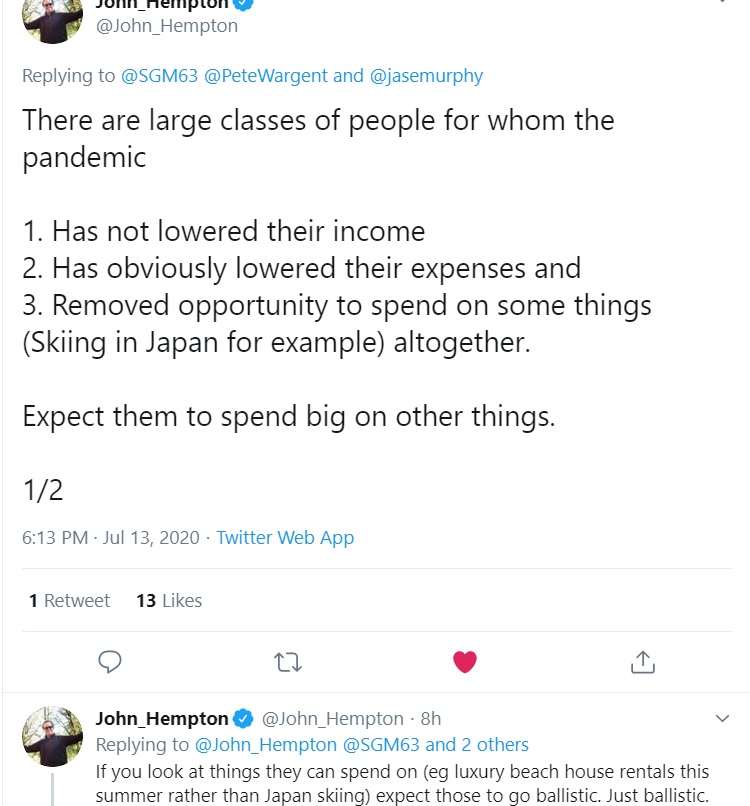 And plenty already appears to be worming its way into luxury items, such as a new Mercedes.

The global savings glut means that the world’s wealthy will still have ample capital to spend over the year ahead, and for some time they’ve been denied the opportunity to spend much of it on skiing trips and frippery.

So there’s no question that the recovery from this induced economic coma will be a prolonged and at times arduous one.

But also don’t be shocked if there’s a range of surprisingly bullish trends in some sectors and asset classes.