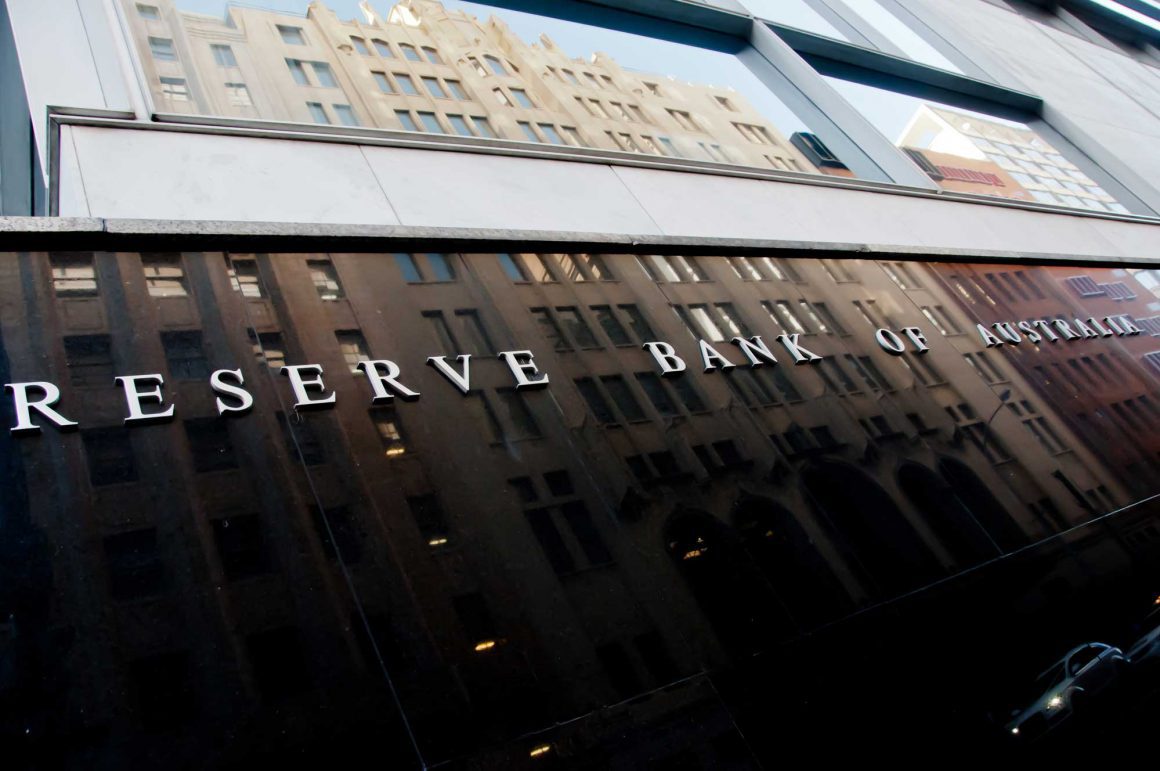 In an unprecedented move, the Reserve Bank Board met between its normal monthly meetings and agreed to a comprehensive package to support the Australian economy amidst coronavirus concerns.

The Reserve Bank is working closely with the other financial regulators and the Australian Government to help ensure that Australia’s financial markets continue to operate effectively and that credit is available to households and businesses. 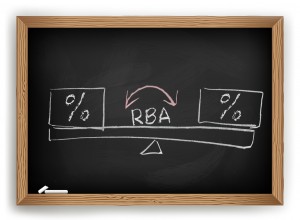 A reduction in the cash rate target to 0.25 per cent.
A target for the yield on 3-year Australian Government bonds of around 0.25 per cent. This will be achieved through purchases of Government bonds in the secondary market
A term funding facility for the banking system, with particular support for credit to small and medium-sized businesses.

The RBA will also continue to provide liquidity to Australian financial markets.

The various elements of this package work together in helping to lower funding costs across the economy and support the provision of credit, especially to small and medium-sized businesses.

Australia’s financial system is resilient and well placed to deal with the effects of the coronavirus.

The banking system is well capitalised and is in a strong liquidity position.

Substantial financial buffers are available to be drawn down if required to support the economy.

The Reserve Bank has announced a rate cut; Quantitative Easing and Term Lending while Treasury has announced the purchase of asset-backed securities. 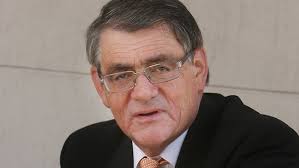 The Governor of the Reserve Bank has announced a number of important initiatives to support the Australian economy and the financial system.

Most of these initiatives come as no surprise.

Westpac released a note on March 16 which set out its expectation for these initiatives.

The cash rate target has been reduced from 0.5% to 0.25%.
Furthermore, it will not be increased until the Board believes that progress has been made towards full employment and inflation is sustainably within the 2–3% target band.
Since exchange settlement balances are remunerated at the cash rate minus 0.25%, the Reserve Bank has committed to increase the remuneration to 0.10% in recognition that exchange settlement balances are likely to increase significantly as a result of this policy package.

The RBA has now adopted Quantitative Easing.
However, instead of nominating a volume of bond purchases, it has nominated a target yield for the three year Australian government bond rate of “around 0.25%”.
This is a bold move given that, in admittedly light trading, the yield on these bonds had been around 0.6% up until the announcement.
Since the announcement, the rate has fallen to around 0.4%, and further adjustments to market rates may occur.
Of considerable interest has been the reaction of the bond market in longer term securities, where the rate has increased to a volatile 1.6%, indicating a very steep yield curve.
This yield objective is expected to be achieved through purchases of government bonds and semi government bonds, with the purchases to occur across the yield curve.
These will commence tomorrow.
Westpac is particularly pleased to see that the RBA is offering a term funding facility for the banking system.
This facility will be provided for three years to authorised deposit taking institutions (ADI’s) at a fixed rate of 0.25%.
ADIs will be able to obtain funding for up to 3% of existing outstanding credit.
The objective is to support small and medium sized business. ADIs will still be required to take on the credit risk associated with these facilities, but may consider switching more expensive facilities for existing borrowers into these facilities, providing a cash flow boost to small and medium sized businesses.
These initiatives will not affect the Bank’s ongoing provision of liquidity to Australian financial markets through repo operations which have recently been extended to six month maturities or longer.

In addition to these initiatives announced by the RBA, the Treasurer’s Office has announced that the Australian Office of Financial Managem

ent (AOFM) will be provided with an investment capacity of $15 billion to invest in wholesale funding markets used by small ADIs and non-ADI lenders.

As signalled in Westpac’s note of March 16,  this initiative parallels a similar initiative by the AOFM  during the Global Financial Crisis.

It will be of particular support to issuers of Mortgage Backed Securities.

The Bank is adopting a bold policy response to target the three-year bond rate at well below current market pricing.

This means that they are using their balance sheet to make a significant difference to the risk-free yield curve and therefore providing support to the financial system.

The market will no doubt take full advantage of this policy decision, and it will be interesting to see the volume of required purchases to achieve the interest rate target.

Westpac has been promoting the use of term funding facilities since around July last year, and we are particularly supportive of this initiative.

Australia’s largest bank, CBA, has confirmed it will not pass on today’s 0.25 per cent emergency cash rate cut to its variable rate customers.

This is an unprecedented move from our biggest bank, which will exasperate its mortgage customers.

RateCity.com.au analysis shows the average CBA mortgage holder with a $400,000 home loan, will forgo a drop in their minimum monthly repayments of $57 and $510 per year, based on their current discounted variable rate, as a result.

No other banks have announced what they intend to do with their variable rates.

“Today’s decision by Australia’s largest bank will frustrate its variable home loan customers. However, it is a win for small business borrowers who are struggling to make ends meet and keep their businesses afloat.”

“This move from CBA is designed to put money back into the pockets of small businesses, but its existing home loan customers have all missed out,” she said.

“CBA has cut some of its fixed rates to a new market low of 2.29 per cent, but this is little comfort to customers wanting to stay on a variable rate loan.

“Banks are between a rock and a hard place when it comes to passing on rate cuts to their mortgage holders, particularly as many savings rates are already so close to zero.

“Call your bank, find out what they intend to do. If they don’t pass on a full cut, it’s worth shopping around in what remains an extremely competitive market,” she said.

Impact of a 0.25 per cent cut if passed on in full

The Reserve Bank has announced a 25 basis point reduction in the cash rate, to a new historic low of 0.25% and made it clear the cash rate will remain at this level until labour markets are moving towards full employment and inflation is tracking to be within the target range of 2-3%.

Under normal circumstances, such an extraordinary move from the Reserve Bank might be greeted with renewed optimism towards housing market activity.

Research from the Reserve Bank points to an inverse relationship with changes to the cash rate and property prices; when interest rates fall, housing prices typically rise.

This was a significant factor in the rapid value upswing in residential property from June 2019.

However, the current situation of extreme uncertainty and economic fragility makes it difficult to expect housing market activity to lift against the historically low cost of debt.

As the coronavirus pandemic broadens, and the probability of an Australian recession increases, consumer confidence is trending lower from an already weak position.

This will likely weigh on high commitment consumer spending decisions, such as buying or selling a home.

The announcement from the RBA was driven by economic necessity.

It is aimed at keeping the Australian dollar low, ensuring borrowing costs are stimulatory for businesses and households, and helping to stabilise and capitalise credit markets.

However, it is the same economic weakness and uncertainty that is likely to keep consumer spirits low.

Thursdays’ decision is also significant, because 0.25% has also been described by the RBA as the effective lower bound of the cash rate.

The effective lower bound is the point at which further reductions to the cash rate will not encourage any further spending or benefit to the economy.

This means the RBA has to turn to ‘unconventional monetary policy’.

A yield targeting regime on three year government bonds aimed at reducing volatility and providing certainty across credit markets;
Additionally the RBA has created a term funding facility for the banking system worth at least $90 billion with the objective of ensuring low cost funding is available for business loans, especially small to medium sized businesses;

A 10 basis point remuneration of exchange settlement balances at the Reserve Bank; and,
The RBA will also continue its elevated level of repurchasing or ‘repo’ operations “as long as market conditions warrant”, which will support liquidity to Australian financial markets.
From a housing market perspective, we are expecting housing may still be impacted from a slowdown in economic activity. However transaction activity is likely to suffer more, as buyers and sellers retreat to the sidelines until some certainty returns to their decision making. This has been the outcome through historic periods of negative economic shocks.
Of course this outcome is contingent on the impact from coronavirus only lasting several months; a more sustained economic downturn would likely see households struggling with higher unemployment and underemployment.

Considering that household debt levels are close to record highs, a material weakening in labour markets would likely see a substantial rise in mortgage arrears and distressed properties entering the market.

We do not expect this latest move by the RBA will increase housing demand while confidence levels are so weak and uncertainty is extreme. 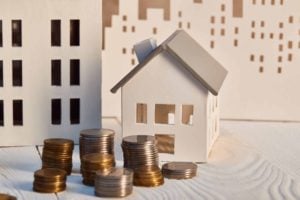 However, in the long term, we are expecting economic conditions will rebound from the pandemic-related slowdown through the second half of 2020.

At this stage, the low-interest rate setting, along with improving economic conditions, a rise in sentiment, and release of pent-up demand from buyers and sellers, should provide a more meaningful level of stimulus to the housing sector.

For buyers who have the confidence and financial well-being to remain active in the housing market through this period of weakness, there could potentially be some good buying opportunities to secure properties at a competitive price and at ultra-low interest rates.