We live in interesting times.

These are times of financial and economic turmoil.

With the current uncertainty and many changes on the horizon, it’s time to go back to the big picture.

In today’s episode, I’ll be discussing 24 things all investors and entrepreneurs should understand about the way property investing and the economy work.

A favourite columnist of mine, Morgan Housel, wrote a great column about 122 things everyone should know about investing and the economy.

We’re going to talk about 24 of those big picture ideas that everyone should understand about investing and the economy.

Saying “I’ll be greedy when others are fearful” is easier than actually doing it.
When most people say they want to be a millionaire, what they really mean is “I want to spend $1 million,” which is literally the opposite of being a millionaire.
Daniel Kahneman’s book Thinking Fast and Slow begins, “The premise of this book is that it is easier to recognize other people’s mistakes than your own.” This should be every market commentator’s motto.
As Erik Falkenstein says: “In expert tennis, 80% of the points are won, while in amateur tennis, 80% are lost. The same is true for wrestling, chess, and investing: Beginners should focus on avoiding mistakes, experts on making great moves.”
There is a difference between, “He predicted the crash of 2008,” and “He predicted crashes, one of which happened to occur in 2008.” It’s important to know the difference when praising investors.
Wealth is relative. As comedian Chris Rock said, “If Bill Gates woke up with Oprah’s money he’d jump out the window.”
The Financial Times wrote, “In 2008 the three most admired personalities in sport were probably Tiger Woods, Lance Armstrong and Oscar Pistorius.” The same falls from grace happen in investing. Choose your role models carefully.
Investor Nick Murray once said, “Timing the market is a fool’s game, whereas time in the market is your greatest natural advantage.” Remember this the next time you’re compelled to cash out.
Jason Zweig writes, “The advice that sounds the best in the short run is always the most dangerous in the long run.” 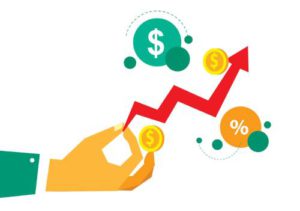 Billionaire investor Ray Dalio once said, “The more you think you know, the more closed-minded you’ll be.” Repeat this line to yourself the next time you’re certain of something.
John Reed once wrote, “When you first start to study a field, it seems like you have to memorise a zillion things. You don’t. What you need is to identify the core principles — generally three to twelve of them — that govern the field. The million things you thought you had to memorize are simply various combinations of the core principles.” Keep that in mind when getting frustrated over complicated financial formulas.
James Grant says, “Successful investing is about having people agree with you … later.”
Scott Adams writes, “A person with a flexible schedule and average resources will be happier than a rich person who has everything except a flexible schedule. Step one in your search for happiness is to continually work toward having control of your schedule.”
Investors want to believe in someone. Forecasters want to earn a living. One of those groups is going to be disappointed. I think you know which.
As the saying goes, “Save a little bit of money each month, and at the end of the year you’ll be surprised at how little you still have.”
John Maynard Keynes once wrote, “It is safer to be a speculator than an investor in the sense that a speculator is one who runs risks of which he is aware and an investor is one who runs risks of which he is unaware.”
Our memories of financial history seem to extend about a decade back. “Time heals all wounds,” the saying goes. It also erases many important lessons.
You are under no obligation to read or watch financial news. If you do, you are under no obligation to take any of it seriously.
Most economic news that we think is important doesn’t matter in the long run. Derek Thompson of The Atlantic once wrote, “I’ve written hundreds of articles about the economy in the last two years. But I think I can reduce those thousands of words to one sentence. Things got better, slowly.”
The “evidence is unequivocal,” Daniel Kahneman writes, “there’s a great deal more luck than skill in people getting very rich.”
There is a strong correlation between knowledge and humility. The best investors realize how little they know.
Not a single person in the world knows what the market will do in the short run.
The more someone is on TV, the less likely his or her predictions are to come true.
How long you stay invested for will likely be the single most important factor determining how well you do at investing.

“As rational people, we often act very irrationally when it comes to money.” –Michael Yardney

“Don’t compare your life with the highlight reel that people put on Facebook and Instagram.” –Michael Yardney

“Those people who are prepared to take action today, in five years’ time or ten years’ time are going to look smart.” –Michael Yardney