More Australians are renting than ever before, and for longer.

And this means more Australians are becoming property investors providing accommodation  for these tenants.

But we’re in for some torrid times… 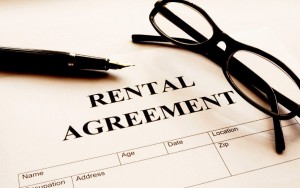 With more than one in four Victorians renting their homes, the Victorian Andrews Labor Government has unveiled landmark new laws that will be introduced into the Victorian Parliament this week, which contain 130 reforms that will “strengthen renters’ rights, better protect vulnerable tenants and enable people to turn the house they rent into a home.”

In the words of Premier Daniel Andrews this will “make renting fair for all Victorians.”

According to the REIV the so-called ‘Rent Fair’ legislation, has the potential to deplete Victoria’s rental housing stock, which is worth $519.2 billion, as landlords pull their supply from the market.

The initial package of reforms, announced on 8 October 2017, focuses on strengthening tenants’ rights, to provide those who rent with a sense of security and support.

Removal of the 120 day Notice to Vacate for ‘No Specified Reason’;
Limiting the use of ‘end of fixed term’ notices to vacate;
Bond capped at one months’ rent for all tenancies less than $760 per week;

Landlords unable to unreasonably refuse consent for pets;
Allowing tenants to make minor property modifications;
Landlord and estate agent blacklist;
Requiring pre-contractual disclosure by landlords regarding asbestos and intention to sell;
A new Commissioner for Residential Tenancies;
Early release of bonds by agreement before the end of a tenancy;
Faster tenant reimbursement for urgent repairs;
Automatic bond repayment within 14 days when a claim hasn’t been lodged;
Ban on rental bidding and rent bidding apps;
Rent increases restricted to once per year; and
Prohibiting false, misleading or deceptive representations by landlords or agents prior to a tenancy.

What this means to property investors

The REIV suggest the Victorian Government’s attacks on property owners are unfathomable.

They are usually mum and dad investors or young people trying to get ahead, not property mogul ‘fat cats’. 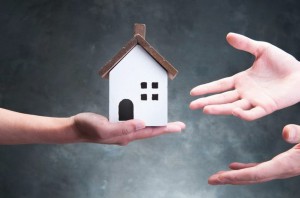 Figures from the Australian Taxation Office (ATO) show that one quarter of 25-39 year olds own an investment property and most rental property owners are on incomes below $150,000.

REIV Resident Richard Simpson said the proposed Residential Tenancies Act would swing the pendulum of rights overwhelmingly over to renters.

“The Victorian Government should remember who actually owns Victoria’s $519.2 billion in rental housing stock and line the State’s coffers with a plethora of property taxes,” Mr Simpson said.

“Despite the community’s protestations since these changes were mooted, the Victorian Government is this week threatening to strip landlords of the right to have a say over what goes on in their own properties: how is that fair?

“The vacancy rate for Victoria’s rental market is already sitting at its lowest point in a decade at 1.8 per cent which means there are just 1.8 houses available for rent out of every 100 and now the Victorian Government’s actions will further deplete that pool with landlords simply pulling out because it is becoming all too hard and too much of a risk.”

The REIV has advocated strongly against the ‘Rent Fair’ legislation, and their online ‘Rent Fair is Unfair’ petition has more than 20,000 signatures. 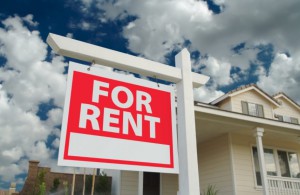 “The idea that landlords cannot have a say if pets are permitted to live in their houses or if modifications are allowed is completely unreasonable considering the possible negative impact on landlords’ properties.

The REIV also objects to capping bonds to four week’s rental, the withdrawal of the 120 day ‘no reason’ notice to vacate and burdening landlords with the expense and responsibility of disposing of abandoned goods and furniture.

“There is no doubt that Rent Fair in its current form will result in greater screening of applicants and increased rents. Numerous members have already told us they will remove their investment property from the private rental market if these reforms are passed” said Simpson.