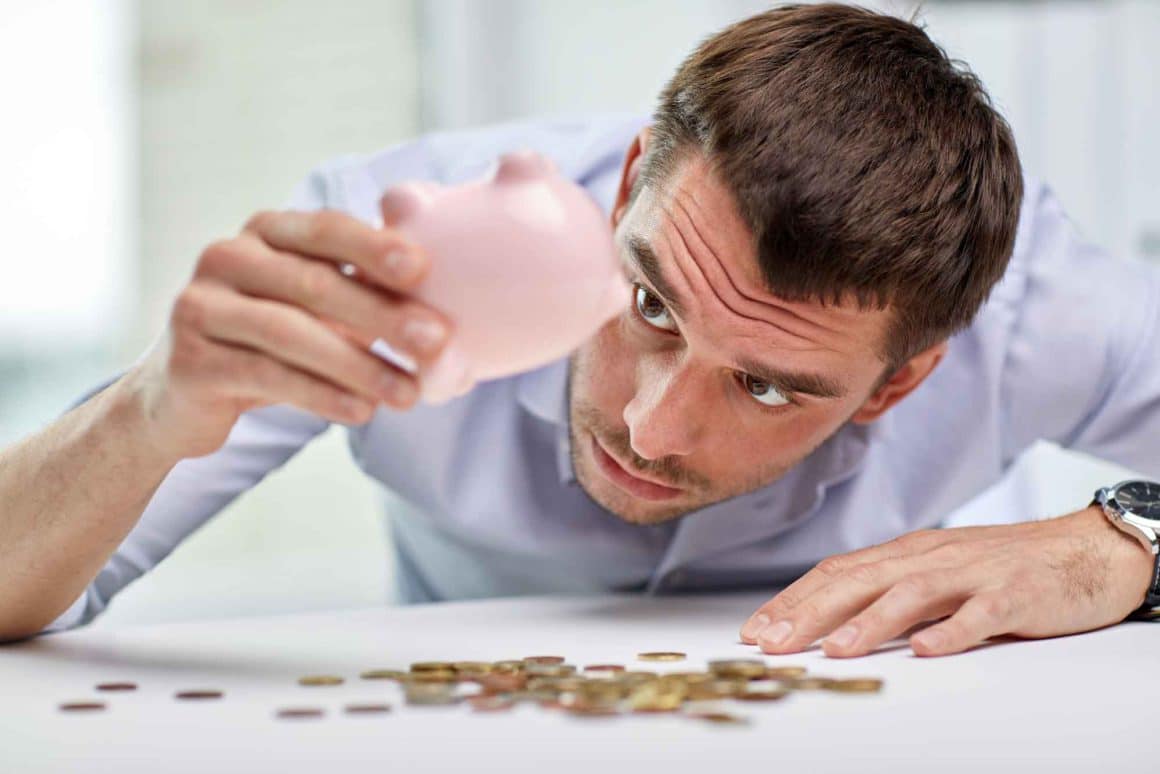 Wherever you look property is in the news.

And while there are many more good news stories than there were at the beginning of the year, there is also a lot of conflicting information.

So to bring some clarity to some of the recent news stories, let’s have a chat with Australia’s leading housing economist, Dr. Andrew Wilson chief economist of myhousingmarket.com.au

Watch as we discuss the following:

Is the property market recovery real?

One of the interesting stories that has been creating some debate In the media is whether the property market recovery is really happening in Melbourne and Sydney.

It started when Nerida Conisbee, chief economist of realestate.com.au suggested that their figures did not reflect the housing boom as seen by CoreLogic.

CoreLogic reports that both Melbourne and Sydney property values have increased by over 5% in the last quarter.

Of course, these markets are playing catch up, as they are the markets that had the largest decrease in value during the recent downturn

Sure the lower turnover means that stats may not be as reflective of the general market as when there were more sales, but REA came out with their view despite them not really having an index.

They seem to just look at clicks on their site.

I can tell you that on the ground the segments of the market where Metropole has been buying investment-grade properties and A grade homes in Sydney Melbourne and Brisbane are definitely on the move.

The Australian newspaper reported that a panel of experts has declared Australians “dangerously obsessed” with housing, pinning the blame on tax rules that have lured waves of baby boomers into investment properties and fuelled an unsustainable credit boom.

“Boomers, they’re using the second, third, fourth and fifth property as retirement funds, and they’re not investing to get a decent yield. They’re betting the house, literally, on the capital gain,”  said the article.

On the other hand, you will hear Dr. Andrew Wilson and I explain that we believe there is nothing wrong with having the ambition to own your own home or create wealth through property investment.

Sure Australians have taken on debt, but in general, it is in the hands of those who can afford it and secured by income-producing assets, or the family home and currently, the rate of mortgage default is very, very low.

I would say Baby Boomers recognise that the government isn’t going to look after them in their golden years and that superannuation isn’t enough – so yes they are obsessed with securing their financial future.

But is there anything wrong with that?

The latest finance figures – owner-occupiers are driving the housing rebound

The September housing finance approvals showed a much stronger than expected rise in owner-occupier loans but a pull-back in the value of investor loan approvals leaving the total value of approvals broadly in line with expectations.

The number of owner-occupier loans surged 3.6% in the month, well above market expectations of a +1.1% gain and a clear signal confirming the market recovery already evident in the auction, price and turnover data.

The number of first home buyer approvals dipped slightly in the month.

Overall, the result confirms the clear upturn in activity since mid-year is carrying into year-end and suggests that rather than the more balanced upturn shown a month ago, the gains are being driven more by owner-occupiers than investors.

This is important for the medium-term market outlook as it suggests the upturn will be more sensitive to affordability than the previous investor-led cycle. 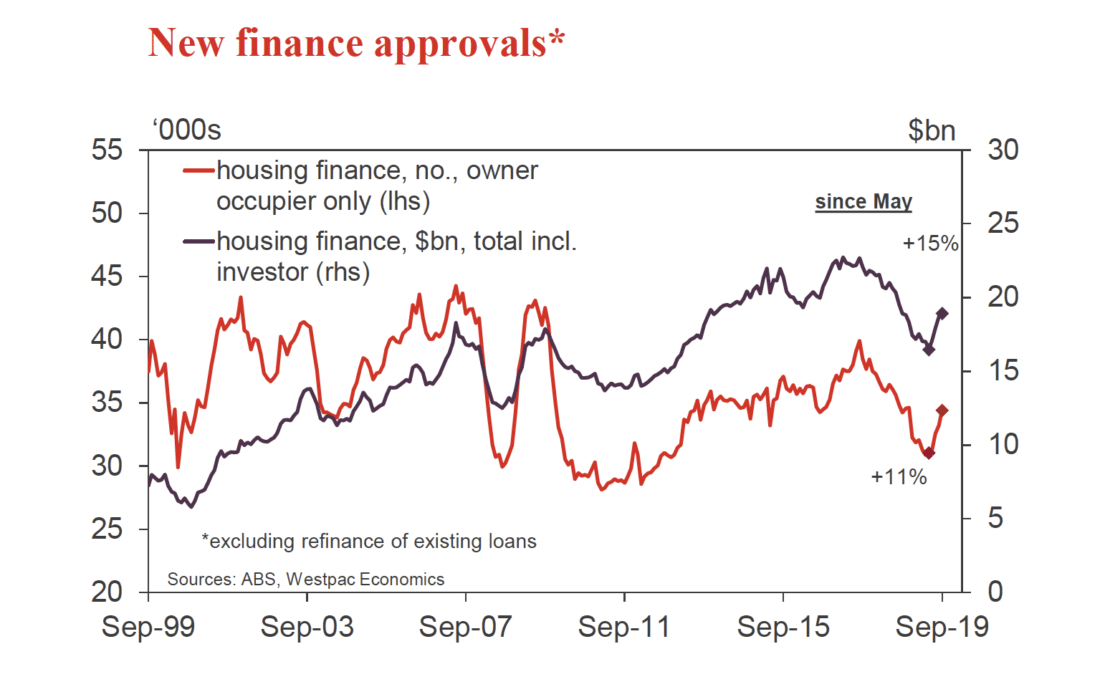 However when comparing mortgage approvals to those to the levels of 12 months ago, the following graph from Dr Andrew Wilson shows we have a long way to catch up 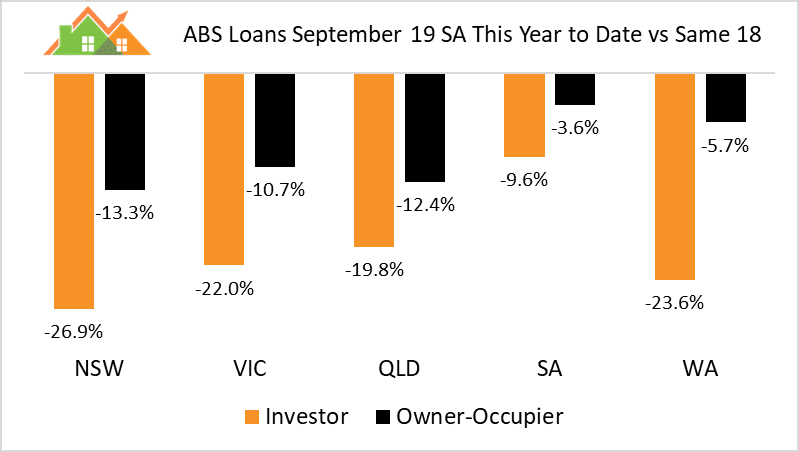 The RBA has downgraded its forecasts.

Watch and hear Dr. Andrew Wilson and me discuss the RBA’s recent forecast downgrades for inflation, wage growth and economic growth and what that could mean for you.